Fishermen often overfish which means they catch and keep fish at a higher rate than the reproduction rate of the fish.  Catching adult fish often dwindles the population overtime since they produce can produce young that are likely to survive till adulthood.  Catching young fish is also just as bad because these fish are removed from the environment before they can replenish the fish that are naturally dying.  Lastly, fishing contraptions like nets, lines and traps damage coral reefs over time which is a natural habitat to many fish and other organisms in the food web. 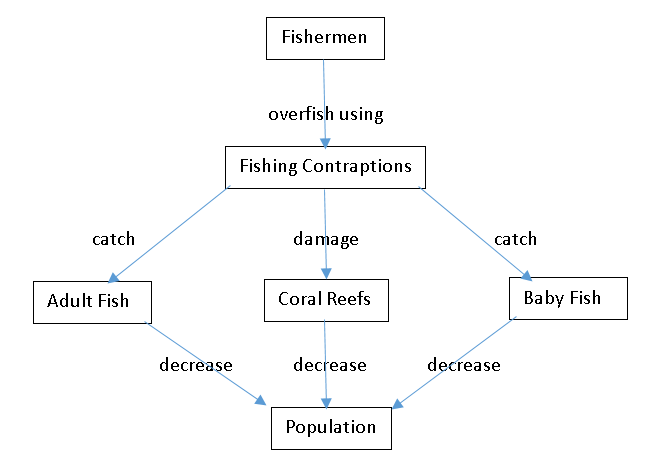 The purpose of this system is to show how dangerous overfishing is to the entire marine ecosystem as a whole. Damaging the fish population and coral reefs eventually affect other organisms in the marine environment which leads to other problems and so on.

View all posts by jasonkomoda